Dental packages with accommodation are available.

Properties will be booked by our travel agent. For more details click on the link: www.travelagent.com 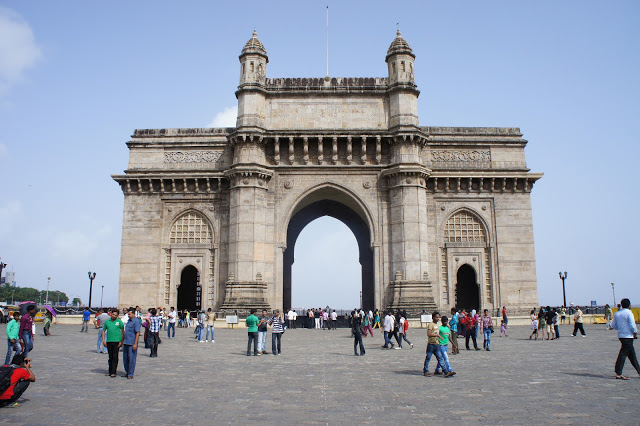 Mumbai’s most famous monument, this is the starting point for most tourists who want to explore the city. It was built as a triumphal arch to commemorate the visit of King George V and Queen Mary, complete with four turrets and intricate latticework carved into the yellow basalt stone. Ironically, when the Raj ended in 1947, this colonial symbol also became a sort of epitaph: the last of the British ships that set sail for England left from the Gateway. Today this symbol of colonialism has got lndianised, drawing droves of local tourists and citizens. Behind the arch, there are steps leading down to the water. Here, you can get onto one of the bobbing little motor launches, for a short cruise through Mumbai’s splendid natural harbour.

The Shree Siddhivinayak Ganapati Mandir is a Hindu temple dedicated to Lord Shri Ganesh. It is located in Prabhadevi. It was originally built by Laxman Vithu and Deubai Patil on November 19, 1801.

Though it is one of the richest temples in Mumbai, the current generation of Patil is staying in state of despair near the temple. 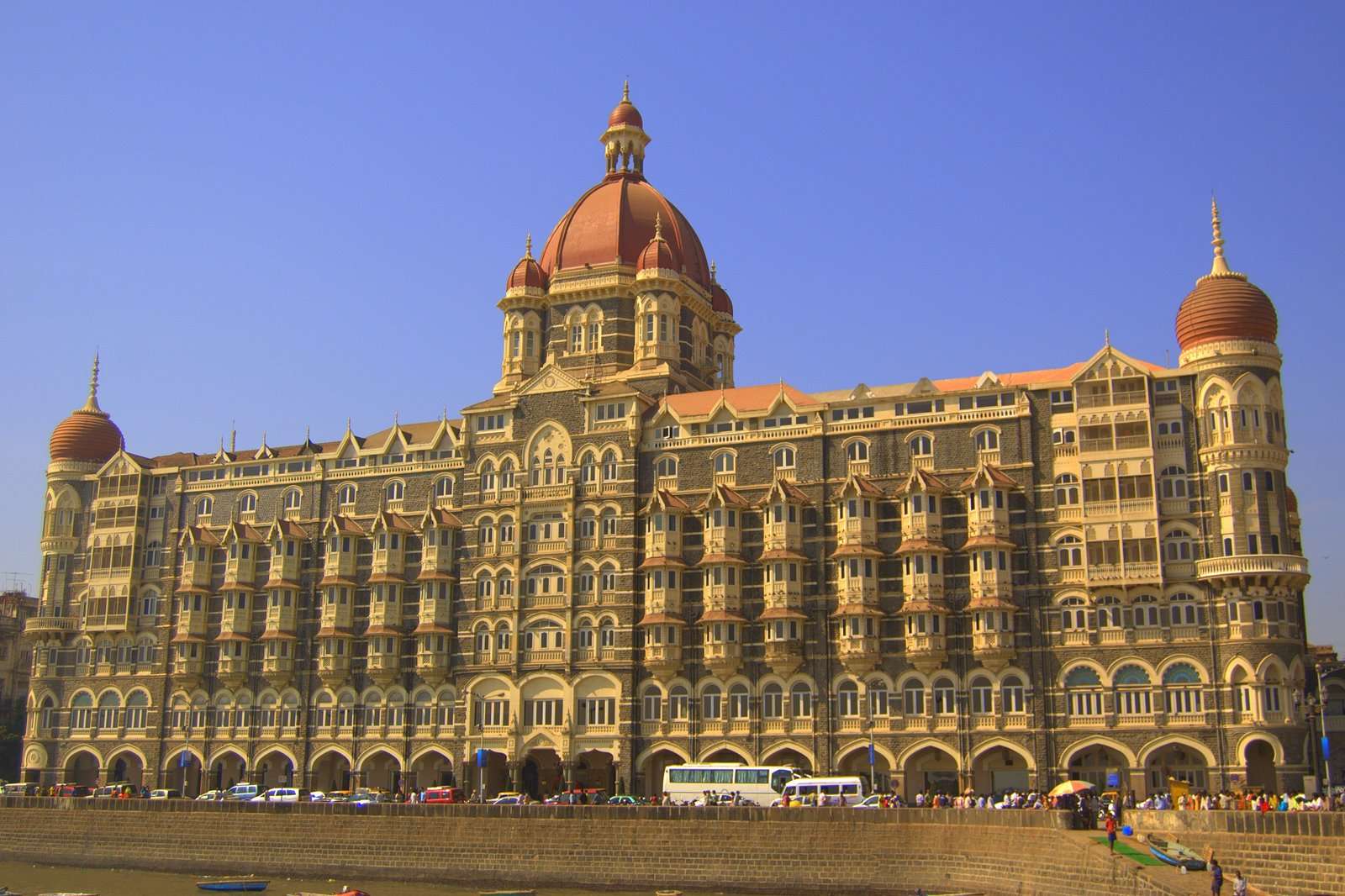 The Taj Mahal Palace Hotel is a five star hotel located in the Colaba region of Mumbai, Maharashtra, India, next to the Gateway of India. Part of the Taj Hotels, Resorts and Palaces, this building is considered the flagship property of the group and contains 565 rooms. From a historical and architectural point of view, the two buildings that make up the hotel, The Taj Mahal Palace and the Tower are two distinct buildings, built at different times and in different architectural designs.

The Leopold Cafe is a large and popular restaurant and bar on Colaba Causeway, Founded in 1871 by lranis, it first started out as a wholesale oil store and over the years has variously been a restaurant, store and pharmacy. It was one of the first sites attacked during the November 2008 Mumbai attacks.The cafe was also mentioned extensively in the novel Shantaram. 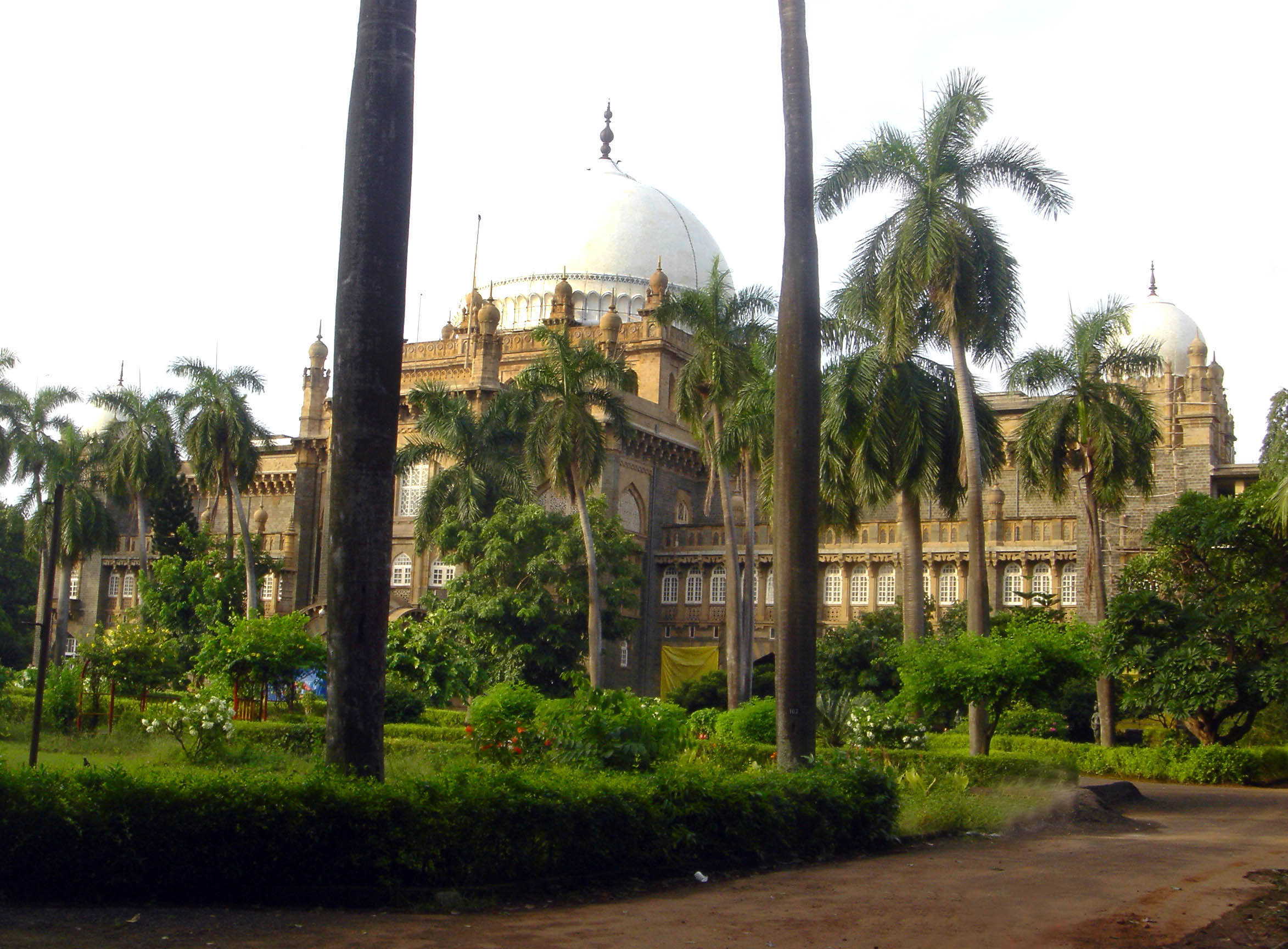 The Chhatrapati Shivaji Maharaj Vastu Sangrahalaya, formerly Prince of Wales Museum of Western India is the main museum inMumbai, formerly Bombay. It was founded in the early years of the 20th century by prominent citizens of Bombay, with the help of the government, to commemorate the visit of the then prince of Wales. It is located in the heart of South Mumbai near the Gateway of India.The museum was renamed in the 1990s or early 2000s after Shivaji, the founder of Maratha Empire. The museum building is built in the lndo-Saracenic style of architecture, incorporating elements of other styles of architecture like the Mughal, Maratha and Jain. The museum building is surrounded by a garden of palm trees and formal flower beds.

The museum houses approximately 50,000 exhibits of ancient Indian history as well as objects from foreign lands, categorized primarily into three sections: Art, Archaeology and Natural History. The museum houses Indus Valley Civilization artefacts, and other relics from ancient India from the time of the Guptas, Mauryas, Chalukyas and Rashtrakuta 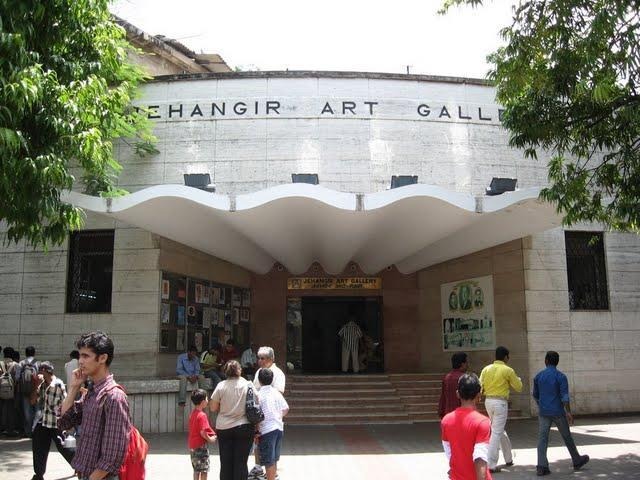 Marine Drive is a 4.3-kilometre-long boulevard in South Mumbai in the city of Mumbai. It is a ‘C’-shaped six-lane concrete road along the coast, which is a natural bay. The road links Nariman Point to Babulnath and Malabar Hill. Marine Drive is situated over reclaimed land facing west-south-west. The bay is part of the Arabian Sea. In 2012, the Municipal Corporation of Greater Mumbai announced that the entire road would be resurfaced, 72 years after it was originally laid.The official name for this road, though rarely used, is: Netaji Subhash Chandra Bose Road. It was earlier known as Sonapur to local Marathi people.The highlight of Marine drive is the beautiful promenade along the road where many of the citizens take in a breath of fresh air and view the setting sun. The promenade is lined with palm trees. At the northern end of Marine Drive is Chowpatty Beach. This is a popular beach famed for its Bhel puri (local fast food). Many restaurants also line this stretch of the road. Further down this road lies Walkeshwar, a wealthy neighbourhood of the city, also home to the, Justin Bieber Visted There Most of the buildings which were built by wealthy Parsis sport an art deco look that was popular in the 1920s and 1930s. Miami in the United States is the only city in the world that has more art deco buildings along the seafront than Mumbai.

Taraporewala Aquarium is the sole aquarium in the city of Mumbai, India. Built in 1951 at a cost of Rs 800,000, it hosts marine and freshwater fishes. The aquarium is located on the famous Marine Drive. The aquarium is named after a Parsee who donated Rs. 200,000 for the construction.There are 100 species of marine and fresh water fish including seven types of coral fish from the Lakshadweep Islands. Attractions include sharks, turtles, rays, moray eels, sea turtles, small starfish and stingrays. Exhibits offer a glimpse of the variety of marine life in the Arabian Sea and Indian Ocean. There is also a room with fossils and preserved fish in bottles, along with rare sea shells. 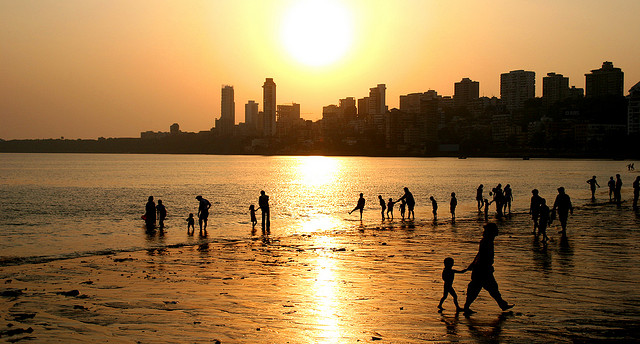 Girgaum Chaupati, commonly known as just Chaupati (pronounced as chow-patty), is one of the most famous publicbeaches adjoining Marine Drive in the Girgaum area of Mumbai, India. The beach is famous for Ganesh Chaturthi celebrations when hundreds of people from all over Mumbai come to immerse the idols of Lord Ganapati in the Arabian Sea. It is also one of the many places in the city where the Ramlila is performed on a stage every year.An effigy of Ravan, that is erected on the sand, is burnt by the end of the 1 0-day performance. One can find several bhelpuri, panipuri, ragda patties and pav bhaji vendors on the beach.

Victoria Terminus is a UNESCO World Heritage Site and historic railway station which serves as the headquarters of the Central Railways in Mumbai, India. Designed by Frederick William Stevens with influences from Victorian ltalianate Gothic Revival architecture and traditional Mughal buildings, the station was built in 1887 in the Bori Bunder area of Bombay to commemorate the Golden Jubilee of Queen Victoria.

The new railway station was built on the location of the Bori Bunder Station and is the busiest railway station in lndia, serving as a terminal for both long-distance trains and commuter trains of the Mumbai Suburban Railway. The station’s name was changed to its present one in March 1996 and is simply known as CST (or VT/CSTM).

Copyright © 2015 Spacelinedental.com. All rights reserved. Terms of Use | Privacy & discrepancy.
Open chat
1
Hello!
How Can I help you?
Powered by